Christine and Harri met on a trip to Israel in October 1999. They fell in love and combined their life projects: birth control and spiritual fasting. Their "child" became a, non-religious oriented, Foundation called SymptoTherm Foundation which they established in 2001. Both health-promoting approaches are meant to give more autonomy to people, and couples in particular, as well as more respect towards the body. They represent a truly ecological way of living. Harri is one of the few intellectuals who constantly questions himself and the status quo. He realises that this method implies a completely new philosophy that revolutionizes the mainstream approach to preventing or achieving pregnancy available to couples and mankind right now.

The SymptoTherm Foundation started to work in early 2001, entirely based on Prof. Rötzer's book, Natural Conception Regulation – the Way of Partnership. The Sympto-Thermal Method.*  Christine and Harri soon realised that the resistance, due to misconception about 'natural contraception', was immense, even frightening. Right from the start, they tried to simplify and improve the method in an attempt to cope with just this misconception. They combined a fertility monitor, Bioself (Geneva) that helped women determine the temperature rise and the resulting infertile days. Together with the first version of the instructional manual, it introduced the crosscheck of temperature and mucus observation.

This hybrid approach was improved in 2006 in the first symptothermal program on the Internet, Sympto 1, based on the knowledge of Bioself. Harri developed the first electronic protocol, which was transformed into software that could also be downloaded onto cell phones. It was the very first fertility app ever available! A woman could introduce all her essential observations and the program would cross-check temperature and mucus observation to generate a precise fertile window. She could synchronise her data, from time to time, and print out her cycles, from her computer.

The cloud solution was substantially improved in Sympto 2 in 2009. A woman can ask questions, directly on her phone, and a counsellor will reply to her, via the sympto message box, based on the information in the woman's profile and chart. Then she can send her charts to her friends or doctor, if required. The first sympto iPhone App was accredited by the AppStore in 2009. This Sympto 2 version has never failed when used correctly, meaning that the SymptoTherm Foundation guarantees effectiveness of this method of natural conception if a woman has been using the App competently and has been in touch with a counsellor for at least 6 months. Sympto is the first and so far the only method that can guarantee the precise fertile window!

The fundamental improvements in Sympto 2 were manifold: Harri integrated the German NFP-Sensiplan within Prof. Rštzer's system and enhanced many educational aspects of the program to make it coherent for both beginners and advanced users. This original synthesis can be found, step by step, in the new manual, The Complete Symptothermal Guide: Ecological Birth Control & pregnancy Achievement (2014), available free of charge from sympto.org.

History of the Sympto-Thermal Method

Catholic researchers developed the Sympto-Thermal Methods (STM) in the 1950s. Clinical and scientific research is still ongoing at many European and American universities, but in its present form it has a good thirty years of solid experience and clinical data behind it. (Clinical records can be downloaded from sympto.org. The most advanced symptothermal method is applied on sympto.org and there is also a comparative study of fertility apps currently available in 2014).

The original purpose of the research was to develop a natural alternative to the synthetic contraception discouraged by the Vatican later on. However, here is the rub. Since they have a problem with the condom we are paradoxically indebted to them.  If the Catholic Church really had correctly informed people we were not going to have a situation where even most Catholics think  "natural contraception" is "very difficult" and "ineffective", and simply not a valid option. Our basic problem is that people are misinformed.

The Natural Family Planning organisations (NFP), loyal to the Vatican, imply connubial chastity during the fertile period, times of rigorous abstinence. Ironically, this chastity commandment is rejected even by practising Catholics themselves and therefore becomes one substantial reason why the STM is hardly known and applied, and even worse, why the STM is either ignored or ridiculed by most westerners. Still, there is some slight positive attitude towards it in North America. Non-faith oriented specialists also call the STM, "Fertility Awareness Based Method" (FABM). While in England, even though being a sympto-thermal desert, there is still an NHS accredited initiative carried out by Jane Night, fertility.uk. Besides Jane nobody of the NHS seems to be convinced about Fertility Awareness and she keeps it very low-key, too.

The Future of Sympto

The benefits of the Symptothermal knowledge are enormous:

Natural Conception Regulation – the Way of Partnership. The Sympto-Thermal Method 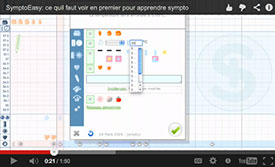